All eyes on Sarah Jessica Parker: Is this what Carrie Bradshaw would wear to a premiere? 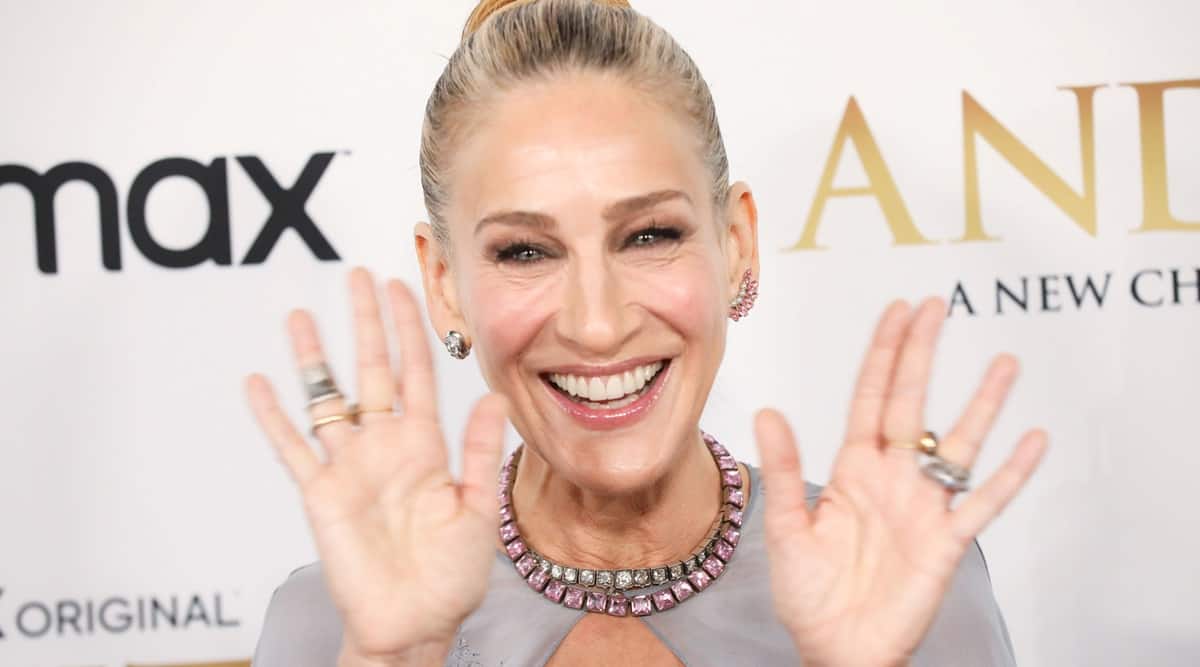 Soon after the reboot of Sex and the City was announced, conjecture and speculation started around what the wardrobe for ‘And Just Like That’ will be.

Soon after, pictures of Carrie Bradshaw, one of television’s most memorable fashion icons who made Manolo Blahnik a household name, played by Sarah Jessica Parker, surfaced.

The Internet poured over her outfits by Carolina Herrera, Jean Paul Gaultier, a Gucci x Balenciaga outfit hot off the runway, and even a Falguni Shane and Peacock lehenga.

Last night, at the show’s premiere at the Museum of Modern Art, New York with the show’s cast and crew in attendance, the actor paid a clever tribute to her character through her outfit. Her jewellery was a mix of Leighton, Larspurk, Hawk, and vintage costume jewellery pieces. (REUTERS/Caitlin Ochs)

The custom-made piece featured a cape and a full tulle skirt as a nod to the tutu skirt Carrie twirls in the opening credits of Sex and the City.

Styled by Molly Rogers, she accessorised the look with custom SJP stilettoes (obviously!) in rose satin. Her bag was Erdem and she graced jewellery from Larspurk, Fred Leighton, and Hawk along with vintage costume jewellery.

Also in attendance were Kristin Davis (who opted for a Jason Wu number), Cynthia Nixon (dressed in Christopher John Rogers), Chris Noth and Mario Cantone, among others.