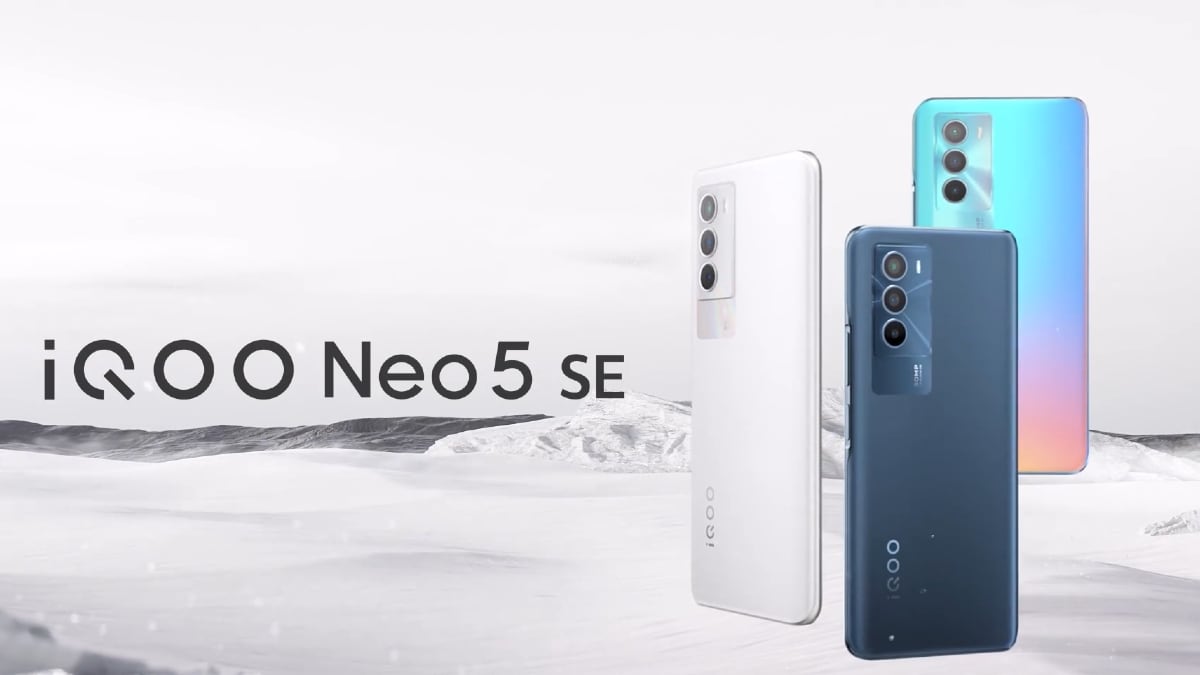 iQoo is adding to its Neo series with the launch of iQoo Neo 5 SE on December 20 in China. The Vivo subsidiary made this announcement through its official account on Weibo. The post was also accompanied by a teaser video confirming the design and some key features of this smartphone. iQoo Neo 5 SE is revealed to feature a triple rear camera setup with a 50-megapixel primary sensor. Additionally, iQoo is set to launch iQoo Neo 5S on the same day.

The teaser shared by iQoo has revealed three colours for iQoo Neo 5 SE at launch with dark blue, blue gradient, and white finishes. The video showcases it featuring a centrally placed hole-punch for the camera at the front. Its bottom panel sports a speaker grille, a USB Type-C port, a SIM card slot, and a microphone. Notably, the device appears to lack a 3.5 mm audio port.

As mentioned earlier, iQoo Neo 5 SE is now confirmed to pack a 50-megapixel rear camera setup with LED flash. Another stand out feature appears to be the side power button that appears to be embedded with a fingerprint sensor. Past reports have hinted at iQoo Neo 5 SE featuring a MediaTek Dimensity 1200 SoC and offering 66W fast charging support.

Earlier, iQoo had also confirmed the release of iQoo Neo 5S on December 20 in China. iQoo Neo 5S will be powered by a Qualcomm Snapdragon 888 SoC. This handset will also feature a secondary chipset called the ‘Display Chip Pro’. This secondary chipset is expected to reduce the rendering load on the GPU. iQoo Neo 5S is also going to feature an improved cooling system that is said to cover 90 percent of the handset’s body. Its triple rear camera setup is confirmed to feature OIS mechanical image stabilisation.