Vivo V23 Series Tipped to Launch in India on January 4 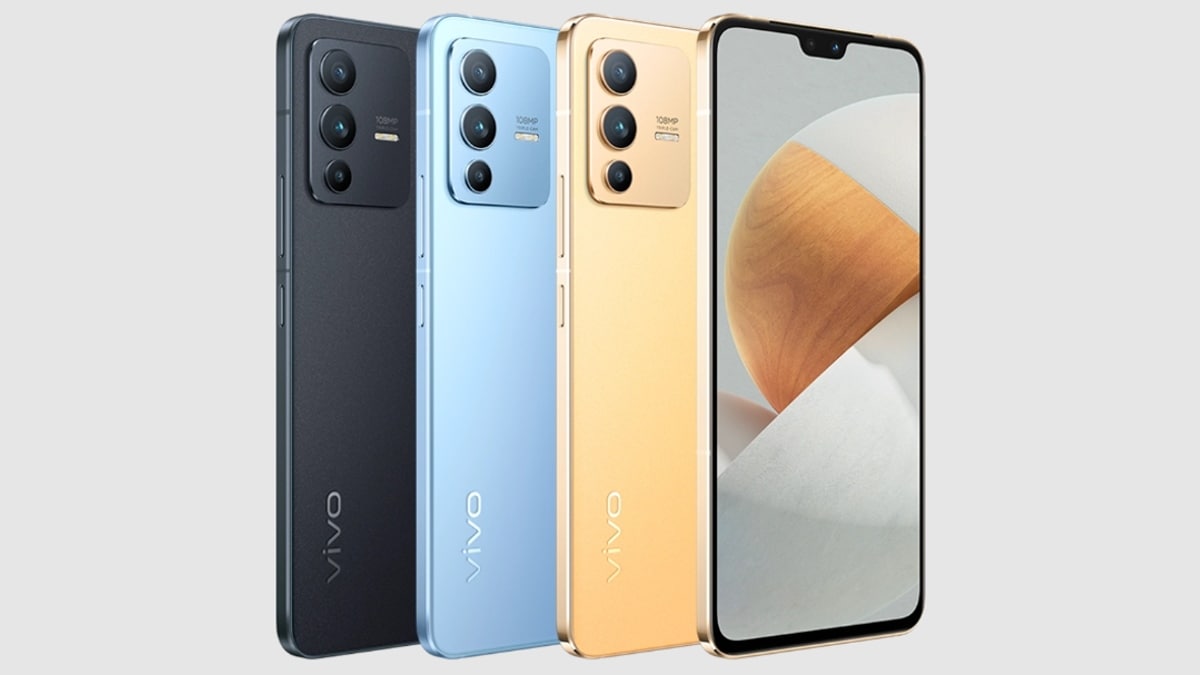 Vivo V23 series India launch may take place on January 4, as per a report. The development comes a few hours after the company confirmed the smartphone launch in India through a small teaser that reportedly aired during a Kabaddi match. The report also highlights that the upcoming smartphone series may have a vanilla Vivo V23 and Vivo V23 Pro handsets in the India lineup. It also shared a poster that shows a dual selfie camera setup — a feature that was also mentioned in past leaks.

91Mobiles claims that Vivo V23 series, which is likely to include the vanilla Vivo V23 and Vivo V23 Pro smartphones, will launch in India on January 4. A previous report has also tipped a January debut of the Vivo smartphones. The 91Mobiles report also says that the Vivo phones will have a dual selfie camera setup. The phones are claimed to get a 50-megapixel primary sensor in the dual front camera setup.

Other confirmed specifications include a “Sunshine Gold” colour option, an “ultra slim 3D curved display”, and a triple rear camera setup highlighted by a 64-megapixel primary sensor. Reports have also suggested that the Vivo V23 will be powered by the MediaTek Dimensity 1200 SoC, paired with 8GB of RAM.

Speculations are rife that the vanilla Vivo V23 and Vivo V23 Pro smartphones could be rebranded models of Vivo S12 and Vivo S12 Pro handsets that made their debut in China recently. Both the phones in the V series and S series have similar looking designs. Moreover, Vivo S12 Pro is powered by MediaTek Dimensity 1200 SoC and has 8GB of RAM — similar to what Vivo V23 Pro Geekbench listing suggested. However, the Vivo S12 Pro has a 108-megapixel primary sensor on the rear camera but the Vivo V23 series of smartphones are said to pack 64-megapixel primary sensors.